Since I’m “moderating” the blog, I thought I’d take the opportunity to pick up the thread of an idea and see what others are thinking about the melding of audio and video—not just on the web, but also in the concert hall—and how our listening experiences are morphing because of this new contextualization. Before the advent of recording (aka for most of recorded history), listening more or less always involved “watching” someone perform the music, unless you were playing yourself. Then we evolved through the period of record players, car stereos, Walkmans and iPods. Listening could be separated from a visual of the actual performance. But following from Marshall McLuhan’s concept

of “the medium is the message,” the fact that so many of us access music through a medium that links music to video (YouTube, etc.), has resulted in a growing expectation for musicians to “pump up” their recordings with added visual elements.

Last week Colette mentioned how clever the results can be when there is a mash-up of both video and audio sources and I certainly agree, just check out this excerpt of music by Mark Anthony Turnage and Beyoncé.

However, I’ve been listening/watching several composers who take the video-audio link further, making it a major component of their artistic vision.

Dutch composer Michael van der Aa does this in spades. Beyond his musical education, he’s taken training in both cinema and stage directing and worked in film and television. I have his app for The Book of Sand on my phone and think it is an incredible project that pushes the boundaries of how we might envision the musical experience in a true multi-media setting, where Web 2.0 shapes the new artistic reality. (Another project I love is Chris Milk’s The Wilderness Downtown, which uses an Arcade Fire song, Google Maps data input by the listener, pre-shot video and algorithmically generated images.)

Van der Aa won the Grawemeyer Award in 2013 for his cello concerto Up-Close. It includes a pre-made video and soundtrack that connect with dramatic stage actions for both the soloist and string orchestra. Sound ideas flow back and forth between the video, audio and live music-making, so I find the result incredibly organic. I’ve only seen the work as a YouTube video, so I have to imagine the impact it would have in a live performance. In this case I think that the complex relationship between live action and video favours being in the room.

technical skills on the visual side is Nicole Lizée. She has written a significant number of pieces that use visuals as their jumping off point, especially films by iconic directors such as Stanley Kubrick and David Lynch. Hitchcock Etudes is a typical example of her style, where film segments are “glitched”—finding a rhythm and pitch pattern that then gets further warped along with live performance elements. We were fortunate to have the Brandon Chamber Players present a whole concert of her music this past fall, with Nicky performing in the ensemble. It was super-intense.

Nicky and I had a chance to chat over a glass of wine recently (well… maybe two glasses), 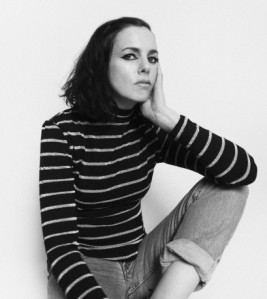 and during our conversation about this visuals-with-music idea she asked what I thought of Anna Meredith’s work. I was embarrassed to say I didn’t know her music, but I did some searching and found a few examples of “concert-style” pieces, as well as some great music videos from her more pop-oriented material. Unlike Nicky and Van der Aa, she doesn’t do her own videos, instead she collaborates—often with her sister Eleanor, but also with a variety of videographers and choreographers. Many of her concert pieces have a strong visual element to them and like Nicky, she seems to be a perfect example of this new generation of composers whose aesthetic demands that their music should be symbiotically connected to some sort of visual action.

Here’s a documentary about her collaboration with the Scottish Ensemble on a piece called Anno:

I’d love to hear your thoughts on this subject.

One response to “The Medium Is the Message”