Recently, my family expanded from two early-30’s adults and an old dog to include a now-three-month-old baby. As a composer and performer I regularly make my helpless kid endure contemporary music concerts, choir rehearsals and the odd encounter with Beethoven and Mozart. But I wondered—what should my husband and I inflict on the baby’s innocent little ears at home on the stereo?

Hence my topic for this blog: music for kids!

What should music for kids be? Educational yet entertaining? Repetitive and simple? Story based? Rhyming to help with language development? Innocent? Memorable? Reflective of kid’s lives so they can relate to it? Happy sounding? Enjoyable for parents when it’s played on repeat? This is perhaps a stereotypical and quite limiting list, but one that fits a good deal of the kid-directed music available today.

I’m keen to expand these traits in a conscious way when choosing what music to bring to my kid’s ears. And as a very-new-and-still-figuring-things-out parent, I’m sure my opinion on this topic will change as fast as the diaper sizes on the shelf.  But for now, I’ve made three categories of music for kids to keep in mind.

Rock-a-bye Baby to Rock and Roll

First there is what we might think of as typical kid’s music like lullabies, folk songs, and story songs – think Raffi, Sesame Street, Loony Tunes, Disney soundtracks… These encapsulate the qualifications listed above like cheerful, educational or rhyming. I realize these kinds of music will be unavoidable and hopefully enjoyable in moderate doses. And I will definitely make sure my little one knows Baby Beluga.

An expansion of these kinds of musical genres could actually include pop music! Pop generally aligns with similar traits like simple, repetitive and catchy. And indeed, why not expose your kid to good pop music? Or even bad pop music that you like? Popular music that has endured from all 20th and 21st Century decades could be on this list—from Cole Porter to Madonna.

Today’s hits can make you feel connected to today’s musical world and Top 40 tunes from your childhood can make you feel nostalgic. You’re likely to know the words with both the new and the old, and perhaps be confident to sing them around your kid even if you’re not an enthusiastic singer.

Some examples from my childhood: mid to late-90’s hits from the likes of Chumbawumba

and Spice Girls to Sarah McLachlan and Alanis Morissette. Will I play these for my kid? Sure! But I also would include pop music that my own parents played for me from their youth: the Beatles, Paul Simon, Joni Mitchell…

Depending on your vintage, you might be more willing to sit through kid-inspired albums done as novelty one-off albums by established “adult” artists – examples include The Johnny Cash Children’s Album, Harry Nilsson’s The Point and the Barenaked Ladies Snacktime. Since young ears would learn to recognize the voices and possibly the overall sounds of the artists, these novelty albums could be gate-way listenings to the rest of the artists’ work. I myself recall graduating from The Point to Nilsson Schmillson and Knnillssonn.

The second category contains an increasing number of music and albums designed to simultaneously be appealing to kids and their parents. Some songs have clever lyrics or double entendres—the aforementioned Barenaked Ladies Snacktime is a great example.

Others have instrumentation that includes rock, distortion, indie-hipster grooves, or orchestral colours. 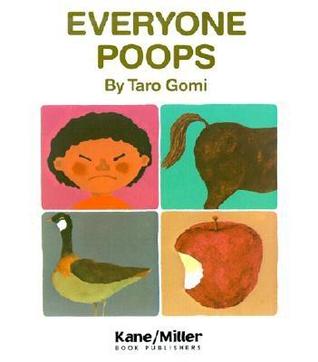 the lyrics delve into the very real-life situations surrounding toilet humour that happily reminds me of one of my favourite kid’s books “Everybody Poops” by Tarō Gomi. Also worth mentioning are several albums that are kaleidoscopic in their sound worlds by They Might Be Giants including another alphabet related one—“Here come the ABC’s.”

Then the third category, which I hope frees you from any parental advice I might be scraping together here: music that kids can enjoy can be any music that you enjoy. ANYTHING!

In our house we might play a great Raffi cd that was given to us, spin Thelonious Monk LPs, and stream Kendrick Lamar’s Damn. If it’s Pulitzer-worthy, I think my kid should hear it. And if I like it, I’m going to play it no matter what!

And in John Cagian fashion, I encourage all sounds for musical consideration. Birds, cars, crowds, door squeaks… One of the first times we noticed our little one actively listening to anything was when we started running the water for her first terrifying bath at home. We were close to the kitchen sink and she instantly stilled with wide eyes, clearly and completely enraptured by the sound of the tap on full.

The biggest difference I’ve seen from kid-directed albums to others is that instead of 12-15 tunes on the album there are usually over 20, and the average length of the songs is shorter. But pop on an album of Webern and you’re in the same boat. Who ever said Webern isn’t kid-friendly?

I feel there is an advantage to committing to a dedicated kids’ albums – or any album as per my last category. A 40-70 minute collection of tunes is a great length of time for kids/adults to engage in activity together. And that activity can range from chill listening to dancing to singing along.

Many of the examples I have given are sourced from the world of songs with English words. I chose to focus here on the way I am most actively engaging in music with my three-month old right now—singing. There is a huge world of instrumental or other-language vocal musics out there to put in the airwaves around a kid.

As my three-month old is showing me every day in the form of tongue-sticking-out-games, children are imitation masters. If you show them you like the music you’re playing, they’re likely to like it too—at least that’s my master plan! And whether they eventually adopt and keep your taste in music, for right now we plan to just play great music that we like for our kid, whether it was made with kids in mind or not.

One response to “The terrifying and exciting responsibility of being parents of a young pair of ears.”